"At the age of thirty-five, the fashionable Viennese playwright and journalist Theodor Herzl fantasized about the collective conversion of the Jews in a mass ceremony at the cathedral of St. Stephen.

By the time he died, a mere nine years later, he had redefined Jewish identity in terms of a modern secular faith and created a national movement which, within less than half a century, led to the foundation of the Jewish state." So begins Ernst Pawel's remarkable study of Herzl.

In "The Labyrinth of Exile" Pawel restores the vital link between the myth of the founding father of Zionism and the human being and demonstrates that the reality of Herzl's life is much more complicated and far more interesting.

Legendary and all too human, Herzl remains one of the emblematic figures of modern times. 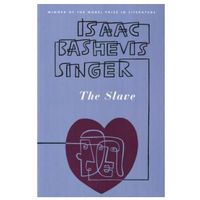 The Labyrinth of Exile: A Life of Theodor Herzl